The Hand of Hashem, revealed

Perhaps the most moving and important moment in the Book of Esther is when Mordechai convinces Esther to appear before King Achashveirosh to beseech him on behalf of the Jewish people. It started when Esther sent Hasach to inform Mordechai that Haman had managed to have his ‘final solution’ passed by the king. Upon hearing this, Mordechai sent Hasach back to Esther with the command that she go to the king and plead for the lives of her people. Esther refused, with the rather compelling excuse that anyone who appears before the king without explicit invitation is put to death, unless the king extends his golden sceptre, and she hadn’t received any invitation for a month.

Mordechai’s response to this was quite astonishing: “Do not think that you will escape with your life because you are in the palace of the king. On the contrary, if you remain silent in this crisis, the Jews will receive relief and rescue from another place, while you and your father’s house will perish, and who knows if it wasn’t for this very purpose that you find yourself close to the king.” Then, Esther valiantly replied to Mordechai that he should gather all of the Jews for a three-day fast, which she would keep as well, after which she would appear before the king, uninvited, uttering the famous words: “And if I am to perish, I shall perish!”

The Nesivos Sholom, the Slonimer Rebbe, asks: did Esther not always know that the option of appearing before the king uninvited was available to her? Why did she not think of this herself? And, more than that, why did she refuse the first time it was suggested? To this, he explains that Esther knew that there was no natural avenue available to save the Jewish people. By natural means, this would be suicide. She also knew that relying on the miracle that she would survive was also ill-advised, as she was under the impression that the Jewish people lacked the merit to be saved in a miraculous way. She was stuck! So, what was it exactly that Mordechai said that changed her mind?

Mordechai agreed that the Jewish people might not be on the level to be saved in a supernatural way, just like today we no longer see Hashem’s Hand like we did, for example, at the exodus from Egypt. But Mordechai knew that as infinite as Hashem’s Hand is outside of the bounds of nature, His Hand is equally infinite within the constraints of nature. “If you remain silent in this crisis, the Jews will receive relief and rescue from another place.” We, the Jewish people, might not be worthy of seeing the suspension of the natural order, but Hashem is no less able to perform miracles within nature.

And this is really the crux of the entire Megillas Esther: that natural events are just a guise to an intricate and magnificent plan being orchestrated by the One G-d for His people, the Jews. But what is the catalyst for such Divine intervention? The Nesivos Sholom says that Mordechai was telling Esther what the secret ingredient is: “While you and your father’s house will perish.” If Esther is willing to sacrifice herself and everything she has for this, which is the most unnatural thing for a human to do, then Hashem will use nature itself and manipulate it to save the lives of the entire nation. Esther understood this, as she replied: “And if I am to perish, I shall perish!” and with that, she resolved to risk her life, and ensured the salvation of the Jewish people, while exposing Hashem’s hidden Hand working under the guise of nature.

But one more thing needed to be revealed: what does this mesirus nefesh – willingness to give up one’s life – really entail? Esther knew that it might not be enough for her alone to give up her life for the Jewish people. Rather, they would also need to play their part as well. Afterall, it was their lives at stake too. So Esther demanded that the Jews, by the command of Mordechai, all gather together to fast and pray. We are taught[1] that Esther’s intention was that the Jews should not pin any of their hopes on her. She had already invited Haman, the nemesis of the Jews, to her royal party, as if to say, “You’re on your own, Jews!” This, thought Esther, would allow the Jews to completely give themselves over to Hashem. They had no strength to fight after fasting for three days. They had no friend in the palace after being ‘abandoned’ by Esther, their last hope. Now they handed their fate over to Hashem, not in despair, but in liberating themselves from any “natural” remedy. They handed over any false hopes, realising the eternal truth that only Hashem can save us, attaining true mesirus nefesh.

This message is repeated to us at the celebration of Purim to guide us through our entire life. One knows, with all honesty, that he might not be deserving of a supernatural event that will save him from a difficult situation in which he finds himself. But Mordechai and Esther revealed to us that Hashem will show just as much mastery and ability to save us through natural means as He might through miraculous means. All that is necessary is that we stop viewing nature as a restriction for Hashem. Nothing restricts Hashem. If our relationship with Him defies nature then we will see that His control over the events in our lives and our destiny is, likewise, totally unbridled, no matter how natural it may look.

To illustrate: there was a man who lives in Kiryas Yoel in New York who was making a wedding for his daughter. He worked in a store in Monsey and struggled immensely with earning a livelihood, even to take care of regular living costs. In the period before the wedding, he tried everything he could to earn more money, receive loans, get donations, whatever was necessary to marry off his daughter in a respectable way, but at the end of it all he still found himself massively short. As the wedding approached, the man’s wife asked for his bank card so that she could take the daughter out shopping to buy her what she needed to start off her new house and her new life. Now he knew that there was no more than $300 on the card, but he had no choice. His daughter needed to start a new life, so he handed over the card. He needed a miracle, but do miracles really happen?

He went to work and kept waiting for the phone to ring with his embarrassed wife calling to tell him that the card had been declined. But there was no call, all day. At home, after work, his wife came home with their daughter with bags full of everything they needed to start a home. She’d gone from shop to shop without a single hitch at the checkout. How on earth could this happen? A short while later his phone rang, and it was one of the shops that had sold merchandise to his wife. The shopkeeper explained that instead of charging $980, he had accidentally put the point in after the 9. He had erroneously charged $9,80. He begged the man to return and pay the excess, and the father assured the shopkeeper that he would sort out the balance. Then he checked the second receipt. To his amazement, instead of being charged $837, his card had instead been credited with $837! And that error explained how his wife was able to make her purchase at the third store!

This man then told his friend about the amazing series of events that happened to him that day, and his friend, in turn, told another person. The story ended up being told at a sheva brochos for a different chosson and kallah, but there was someone at the table who heard the story and was greatly moved by it. He endeavoured to find out who the father in the story was, and when he did, he sent an envelope to the man. When the father opened up the envelope, he was shocked to find $2,500 inside. More or less the amount that was needed to pay back the shops for all the items purchased for his daughter.

So, when we are told a story like that, where the man really needed a miracle to provide his daughter with what she needed, do we say that a miracle happened, or was this just a very impressive natural series of events? The answer, as we have been shown through Megillas Esther, is that there is really not much difference between the two. Whether Hashem splits the seas and rains down food from the heavens, or whether he moves one comma two places forward at the checkout and allows a desperate woman to find favour in the eyes of the king, it is Hashem who is directing nature to do His will. And with reading of the story of Esther every year, the message that we are obligated to listen to and internalise is that we must begin to awaken ourselves to the reality that even though we might not be worthy to see the open Hand of Hashem, we are worthy of seeing the natural order being no less miraculous.

There is a rather strange phenomenon that when a fish swallows another fish, it swallows it headfirst, even though that seems the most unlikely way of catching prey, as they tend to turn away and flee from danger. But the Zohar provides a wonderful explanation for this. It teaches us that fish are peculiar in that they don’t blink, and their eyes are always open. For this reason, the fish feels secure in its ability to detect approaching danger. The only place it senses its own vulnerability is from behind, where its eyes cannot see. So, Hashem makes it happen that it inevitably meets its demise from the front, the place where it felt the most safe and secure, whereas at the tail, where it knows it is insecure, it is spared.

When we feel that we have options, natural solutions to our problems, we forget to rely on Hashem. We feel secure that there is enough money in the bank account, that we eat healthily enough, or even that there is a Jewess in the palace who will beseech on our behalf. But Hashem wants to show Himself to us. And even when we are not worthy of seeing open miracles, He wants us to realise that He is with us, behind the scenes, behind the mask of nature, in every single aspect of our lives. Sometimes we need to reach that dead-end, where we are left with no other option than to rely on Hashem, but the wise person will hear the Megillah and take the message to heart, that the sooner we are willing to give up our hearts and our minds to the fact that Hashem conducts the natural order to move each of us forward in our own destiny, the sooner we will be able to recognise the Hand of G-d in every aspect of our lives. 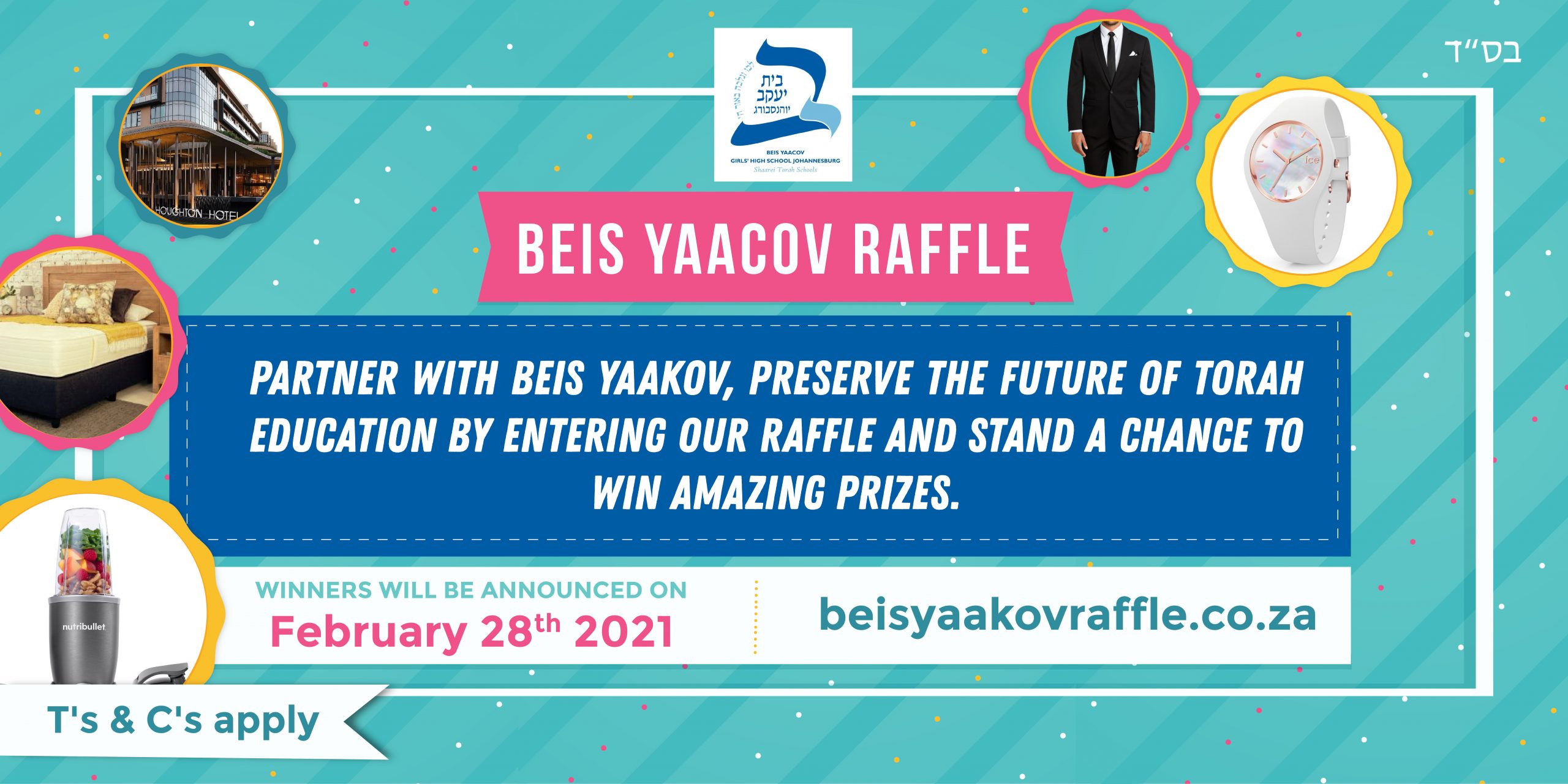