When the mobster wanted the money owed to him, the gabbai tzedakah could think of only one thing to do

On one of my business trips to Delhi, India, a few years ago, I was required to stay over for shabbos, where I was most grateful to be able to take advantage of the hospitality of the local Chabad. There were around 50 guests at shabbos supper, almost exclusively Israeli post-army backpackers. By my reckoning there were maybe two or three other people over the age of 25. One of those was AY, a thoughtful, softly-spoken fellow of about 50. I asked him if he was also there on business, and he said no, he was just there to clear his head and have some time off.

Later that evening AY was invited to give a d’var Torah. This is the story he told (in Hebrew), to which I hope I have done justice in English here, both factual and literary:

I live in the Golan Heights. Among other things I do, I serve the community as a gabbai tzedaka (one who collects and distributes funds for the needy). We have a system in the Golan, where most of the time each community looks after its own, but sometimes there’s a case of extreme need, when all the communities will band together in order to help someone.

A few weeks ago, I got called into one such emergency meeting of all the Golan community gabbaei tzedaka. There was a fellow – we’ll call him Reuven – who had gotten into some hard times. Having exhausted his credit line at the bank, he went and borrowed on the black market, from a loan shark by the name of Mordechai G. Borrowing on the black market is a pretty bad situation to be in because not only do they charge horrifying interest rates, tens of times higher than the banks, but if you don’t pay them back, let’s just say that they don’t bother seeking court judgments against you. Anyway, Reuven had borrowed a large amount of money for a business deal that went sour. When he could not pay back what he owed, he started finding his car tires slashed and his house windows broken, but he refused to beg for charity… until one day the loan shark’s goons intercepted his kids on the way home from school and roughed them up. At this point he came for help, by which stage his debt had compounded to 1.5 million shekels.

Now, that is a pretty staggering amount. We did our best and made an emergency appeal throughout the Golan communities. People really did dig deep. I’m proud to say that within a matter of days we had raised a quarter of a million shekels, which is truly a remarkable achievement. But still, only one sixth of the required amount. We gabbaim met again, and decided that our only hope was to request a meeting with the loan shark, Mordechai G. himself. So it was that one morning we gathered together a respectable delegation of five people, including some senior community Rabbis and myself, and drove down to a hotel in Tverya, where Mordechai G. had agreed to meet us.

When we entered, it was like a scene from a bad gangster movie. Mordechai G., a hefty man with a most intimidating glare, was sitting on a couch behind a coffee table, with two goons standing behind, flanking him with their arms folded. I would have laughed if their presence hadn’t been so utterly terrifying. He motioned for us to sit. After we did so, the senior Rav spoke up:

“Thank you for agreeing to meet with us. As you know, we’re here about the matter of Reuven and the 1.5 million shekels he owes you… we have done our best, and the community has really pulled together for him… we have managed to raise 250 000 shekels to cover his debts. We hope that you can understand the difficulty of repaying such a large amount, and perhaps, out of the goodness of your heart, you might consider easing his terms, or maybe…”

And suddenly, in the middle of the Rav’s sentence, Mordechai G. sprang to his feet, flipped the table upside down and smashed it on the floor.

“I WANT THE MONEY!” he snarled.

We were all frozen. Nobody knew what to do or say. And then, before I knew what I was doing, I spoke up. “OK, I’ll get you your money.”

He looked at me angrily. “What are you talking about? Just a minute ago you told me you didn’t have the money! Now you say you do! Don’t mess me around!”

“Come and talk to me privately,” I said. “If you like what I’ve got to say, then great. And if not, you’re no worse off than you are now.”

He contemplated this suspiciously for a few seconds, then nodded agreement, and started leading me towards an adjoining room. I honestly had absolutely no idea what I was going to say; all I could do in those 15 seconds as we were walking was daven that Hashem would put some idea into my head and the right words in my mouth.

So we got into the next room and closed the door. He turned to scowl at me, his thumbs tucked into his belt. “Nu?”

Baruch Hashem, I found something to say. “Firstly, I want you to understand that the five of us who came here today, did not come here because we’re making any money on this deal. On the contrary, it’s costing us all in time and resources. We’re all working men and we have plenty of other responsibilities. But we decided to spend our morning coming to meet you. Why? Because it’s a mitzvah – a mitzvah of pidyon shevuyim (redeeming a hostage) – and for a mitzvah like this, we believe we will receive an eternal reward in the Next World that is worth infinitely more than any money in this world. So here’s the deal I’m offering you: firstly, we’ll give you all the money we brought with us, 250 000 shekels. Then, on top of that, I can’t make any offers on behalf of my companions, but I’ll offer you my own reward in the Next World for the fulfilment of this mitzvah, if you will forgive the rest of the debt.”

Mordechai G. was now looking at me as if I had just climbed out of an alien space ship. We stood there in silence for a few seconds, and I was starting to wonder if he was sizing up how he was going to dispose of my body. Then, suddenly his face relaxed, he pulled his right hand out of his belt and stuck it out at me. “It’s a deal,” he said, grasping my hand. I was in total shock as we shook hands. “But…” he added, gripping my hand more firmly, and pointing his left index finger threateningly at me, “you may never tell anyone else about our deal. Because if word gets out that Mordechai G. forgave a loan, my business is finished.”

“You have my word,” I promised. And so we left the room and announced to all present that the debt had been settled, and there would be no further need of discussion. My companions were gobsmacked. All the way home they pressed me, and all I could tell them was that I could not tell them. And so I thought that forever I would carry this secret around in my heart, never able to tell anyone.

The next day, I again had cause to drive down to the Kinneret. Driving along the road that skirts the shores of the lake, I saw up ahead the flashing lights of a number of emergency vehicles stopped on the side. I pulled over to see if there was anything I could do to help. There was a young policeman, very agitated, who told me what had just happened.

He had been doing routine checks on passing cars, pulling them over, checking their licenses, etc. He pulled over one car, in which the driver – the only occupant – was not wearing his seat belt. “I’m sorry, sir, but that’s a 400 shekel fine for not wearing your seatbelt.” The driver flapped his hand at him contemptuously. “Pah! So give me four. I don’t care; that kind of money is nothing to me. I am Mordechai G., and I drive without a seatbelt.” So the policeman gave him a ticket, which he tossed onto the passenger seat. He slammed the car back into gear, flattened his foot on the accelerator, and took off like a rocket… lost control of the car and slammed into a nearby tree. He was declared dead by the paramedics on the scene.

So, now that Mordechai G. is no more, I am released from my promise, and this is why I am telling you this story today. I still don’t know what to make of it; there is so much to think about, and I will leave the interpretation to you.

Shaul and I discussed the lessons that we might take-away from this incredible story.

His take: Hashem did Mordechai G. a favour by taking him at the moment when he at least had one zechus (merit) to his name.

My take: Maybe Mordechai G. just needed that one mitzvah and then his work here in this world was finished. We don’t know how Hashem weighs everything up. But, clearly, Mordechai G.’s giving up a million shekels for the zchus (merit) of a single mitzvah shows that mitzvos meant more to him than we would think, or, at the very least, that one mitzvah did for some reason. Have you ever considered just how much you would be willing to pay for the merit of a single mitzvah? The story kind of reminds me of the Sephardi cab driver who once drove me to Newark Airport. He saw the yarmuka on my head and told me that he wasn’t religious. In the course of our conversation, however, I learned that he went to minyan and put on tefillin every day. And he even gave over to me the shiur that the Rav had said that morning after davening. I had to laugh; everyone should be so irreligious.

So, what do you think? What lessons can we learn from the story of Mordechai G.?

Shaul Behr is an Orthodox Rabbi, husband, father, software professional, and fitness enthusiast, who writes for fun in his spare time, of which he has none. Born and raised in South Africa, he made Aliya to Ramat Beit Shemesh in 2002, where he now lives with his wife and five children. For a free sample of Shaul Behr’s spiritual sci-fi novel, Ari Barak and the Free-Will Paradox, visit http://bit.ly/sgb-freebook. And, be sure to check-out his most recently book, Middle Pip gets the Evil Eye, illustrated by his daughter, Nava, visit: http://bit.ly/middle-pip-amazon 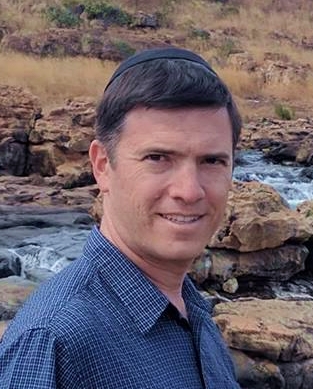