If the State of Israel had a social media profile, its profile picture would be a caricature, some sort of hand-drawn image with the features grossly distorted. After all, most people’s view of the country is informed solely by the constant stream of negative media, with most having never set foot there or met one of its citizens.

But, what if there was a way for people to spend some time with ordinary Israelis, hearing them tell about their life experiences in Israel, about how they grew up there or chose to move there, about the things they do, the many people in their lives, about what it’s actually like living, studying, working, and just being in Israel?

Maybe there is. Since its inception five years ago, the El Al Ambassadors programme has seen employees of the airlines volunteer their time during their layovers in various countries around the world to address crowds, both large and small, as they share a bit about their daily lives in Israel, “painting the world blue and white” in the process. It all started when El Al CEO General (Retired) Eliezer Shkedy asked Alon Futterman, National Director and CEO of TALMA (considered to be the leading education programme in Israel), to create the programme, a joint effort of the Foreign Ministry, the Stand With Us organisation, and the Jewish Agency. The programme continues under current El Al leadership with Futterman still serving in a completely voluntarily capacity as its Director.

The goal of the Ambassadors programme is to promote the country, putting a positive face on Israel, and encouraging people to visit there. It’s about showing “real people, real lives”, focusing on the wide range of Israelis who inhabit the country. As Futterman explains, “In Israel, everything begins with a personal story.” In an age where human interaction comes at a premium, the programme creates people-to-people relationships. As one of the Ambassadors puts it, “It’s a way I can give of myself to El Al and to Israel.”

When 1800 El Al employees who work in flight operations for the company were initially contacted about the idea, the response was overwhelming, with close to 1000 expressing interest in participating – and this, before any actual plan of action had been developed. For now, El Al accepts 100 new people into the programme each year. Amazingly, at a time when Israel finds itself constantly under “attack” by organisations like the BDS, El Al is the only company in the private sector involved with Israel advocacy.

In a short time, the programme has produced an incredible public relations coup, evidenced, for example, by the comment from a Rutgers University student made to Futterman following a presentation in New Jersey: “This is the first time ever that I’ve heard something about your country that has nothing to do with your problems!” Although Ambassadors are permitted to answer political questions if, and inevitably when, such questions get asked, Ambassadors are asked to make it clear that they are expressing their own opinions, which no doubt differ from their colleagues.

To date, Ambassadors have spoken all over the world, well beyond the many destinations to which El Al flies, at more than 500 venues, with crowds ranging in size from 10 to 1500. The Ambassadors programme is now expanding to Johannesburg. For more information or to book a group of El Al Ambassadors free of charge for your next event (NB: at least six weeks’ notice is required to coordinate the people involved and the timing of their layovers), contact: alonfu@elal.co.il 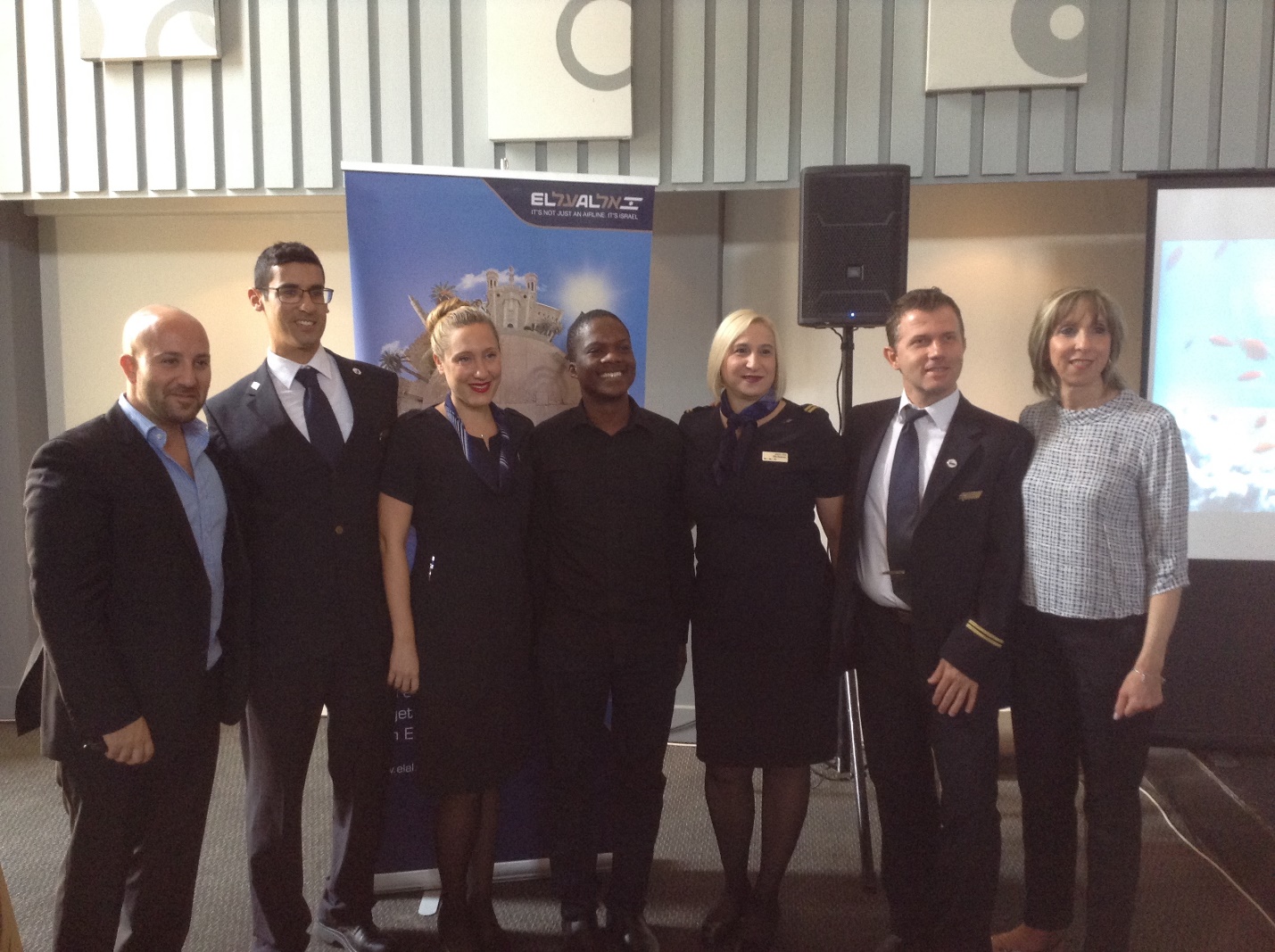