A commercial kitchen can be a scary, hairy, weary place. We asked a few kosher pros to tell share some of their stories from the trenches

“It was my first Tisha B’Av breaking of the fast working at Michelos. We came in as per usual at around lunchtime to prepare for a busy breaking of the fast. Throughout the afternoon, orders were coming in, but, an hour before the fast ended, our oven decided that it had had enough. A transformer blew and it was no longer working at maximum capacity. The fast came out and we were swamped, with major delays. The day stands out not because of the screaming customers who didn’t see that it was beyond our control, but rather for the many customers who waited patiently, who smiled and understood that we were doing the best that we could. One Rebbetzen of the community sat and waited. All the while smiling and thanking us for everything we did for the community.

For as long as I have worked here, every Wednesday morning a group of retired gentlemen come to Michelos for coffee. They never miss a Wednesday. Though some have had serious illnesses and other life events going on, they still come with their friends, religiously. They discuss local issues, the weekly Parsha, tell a few jokes, and discuss their family. You will often see our waiters discussing issues with them, and I have established a good relationship with them as well. I always enjoy seeing them come in, and I hope that they will always be in good health to continue doing so.”

“JoziBlue was packed, every chair and table taken. It was buzzing late morning, I would make my round to each table guest and ask how they were doing, if they needed or wanted something more, be it a bill, compliment, or complaint. I was getting hungry, but I needed to finish off my round. Finally, I reached the last table where a lady was sitting with her americano and a sandwich. Without saying a word, I looked at her and I took a bite out of her sandwich before returning to the kitchen. The lady called me back to tell me the customers were horrified. We both smiled, and then I explained to everyone that she was my wife. The relief on their faces was epic.”

“Dee Jays Cinnamon Babka is one of our best-selling baked goods and has been since opening in 1989 in Balfour Park where Edgars is now. We always try to balance the sugar and cinnamon to suit everyone’s taste, which is not always an easy task. One year a customer came in in the morning telling us that there was too much cinnamon and sugar in the Babkas, and later that day another customer came in complaining that there was too little cinnamon and sugar in the babka. Almost every Friday, just as we are about to close, we get a customer or a few running in panicked asking if we have any challahs left. So, I always like to reply: ‘We only have kitkas’. They always ask me in return. ‘What’s the difference?’ Humour is our favourite way of dealing with daily questions:

Customer (when hot Challahs come out the oven): ‘Is it fresh?’

Dee Jays: ‘No, they are from Pesach.’

Customer: ‘Is everything freshly made today?’

Dee Jays: ‘Everything is fresh here, except us.’

Customer: ‘Can we freeze the food?’

Dee Jays: ‘Only if you have a freezer.’”

“In mid-2018, we were going through the complaints and concerns of the Jewish community about what wasn’t readily available over Pesach. One of the biggest complaints was that Pesachdike margarine wasn’t available in the country. It was three or maybe four weeks before Pesach. So we decided to try for the first time to make margarine. We Googled a few recipes, found that we had all the correct ingredients, and began rolling it out. Immediately, it became evident that it was as if we were gun-running margarine. We would make a fresh batch, load it into the truck for delivery, and customers would follow the truck all the way to the stores, lining up and taking it out of our hands as we offloaded the truck. Feigels margarine became a huge hit, and a major talking point for a few reasons, not only because we were the only ones to provide it. Since we left out the chemical ingredient that keeps it soft, our margarine turns rock hard. So we had to explain to customers that they have to leave it out of the fridge a while before using it to make it spreadable. And one thing we learned is that you are always remembered for the last thing that you do, good or bad. So even though we brought margarine to the community, one of the final batches we made pre-Pesach contained too much vinegar and the shop was inundated after Pesach with returns and many an unhappy customer. This year, we made a small run once again as a service to the community, but were extra careful with the vinegar! Hopefully now we will be remembered for that.”

“Life as a kosher chef is often one of routine. However, this is often punctuated with brief flashes of the extra-ordinary, especially when dealing with customers. I have many stories to tell. I’ll start with Mamales Kitchen in Gallo Manor in the early 90s. This was my first foray into kosher catering and boy what a change it was. The first series of events related to a kleptomaniac of a mommy who stole every time she shopped. The solution was simple: add the cost of the stolen items to her next bill. She kept ‘stealing’ and we never lost any more profit. An overwrought mother accidentally left her kid in the store. Half an hour later she came running back…only to find the child happily gumming away at a piece of biltong while on Ma Koza’s (one of my staff) back. Once someone even returned a half-eaten potato kugel after Shabbos because they could not cut it straight. The best was Yom Tov, when people forgot to collect their orders until the last minute. One of the best excuses I ever heard was from this one lady who kept on losing her mother. The best part was, when I finally confronted her, she simply smiled at me and introduced me to her gobsmacked mother who was standing right next to her.

The sweet days of Milky Lane. A lady refused to pay her bill because she found a long blonde hair in it. In response to this, I called all my staff out the kitchen to her table to identify the culprit. She had the good grace to blush and never return.

I was told that the Jews won’t eat fish out. Well, they were wrong, and Soul restaurant has the best memories. One of the first weeks that I was open, I had a curious customer stick her head into the kitchen. To her absolute shock, she saw fresh pieces of meat on the counter! In a milchik restaurant! She reported me immediately to the Beth Din. Turns out it was a fresh fillet of tuna.

The night the first round of load-shedding hit, my customers were truly fantastic. It was quite common to see people coming back a couple of days later and asking to pay for their bill. The same goes for the night my father passed away and I just ran out of the restaurant. It’s stories like this that make the Jews the best, most difficult, wonderful customers in the world

At Feigels, I became a chef again and had so much fun. I was a terrible prankster in the kitchen, but always done in good humour and with the senior staff in the kitchen knowing in advance. Once, I told the team that I had a pet snake. One day, when my wife dropped off a basket, I pretended that she had brought my snake to work. I then dropped it and shouted “snake”. What happened can only be described as a perfect domino effect. First, the kitchen staff ran out screaming, then the front staff joined them, and, finally, because they had no idea what was going on, but it must be bad if all of them were running, the customers started fleeing as well. I was left standing in the kitchen, an empty basket on the floor, and tears streaming down my face. Needless to say the bosses were not amused and so I received my first warning.”

“Once in a while, when my brother Rabbi Berel Rodal has a few minutes free, he comes and serves at the shop. One day he was serving a Jewish customer who wasn’t frum, and she asked him if he works at the gelateria. When my brother replied that he is actually a rabbi, the lady was so taken by how ‘cool’ he was: a rabbi and a ‘Gelataio’. Soon her son began learning with Rabbi Rodal for his bar mitzvah and growing in his yiddishkeit.” 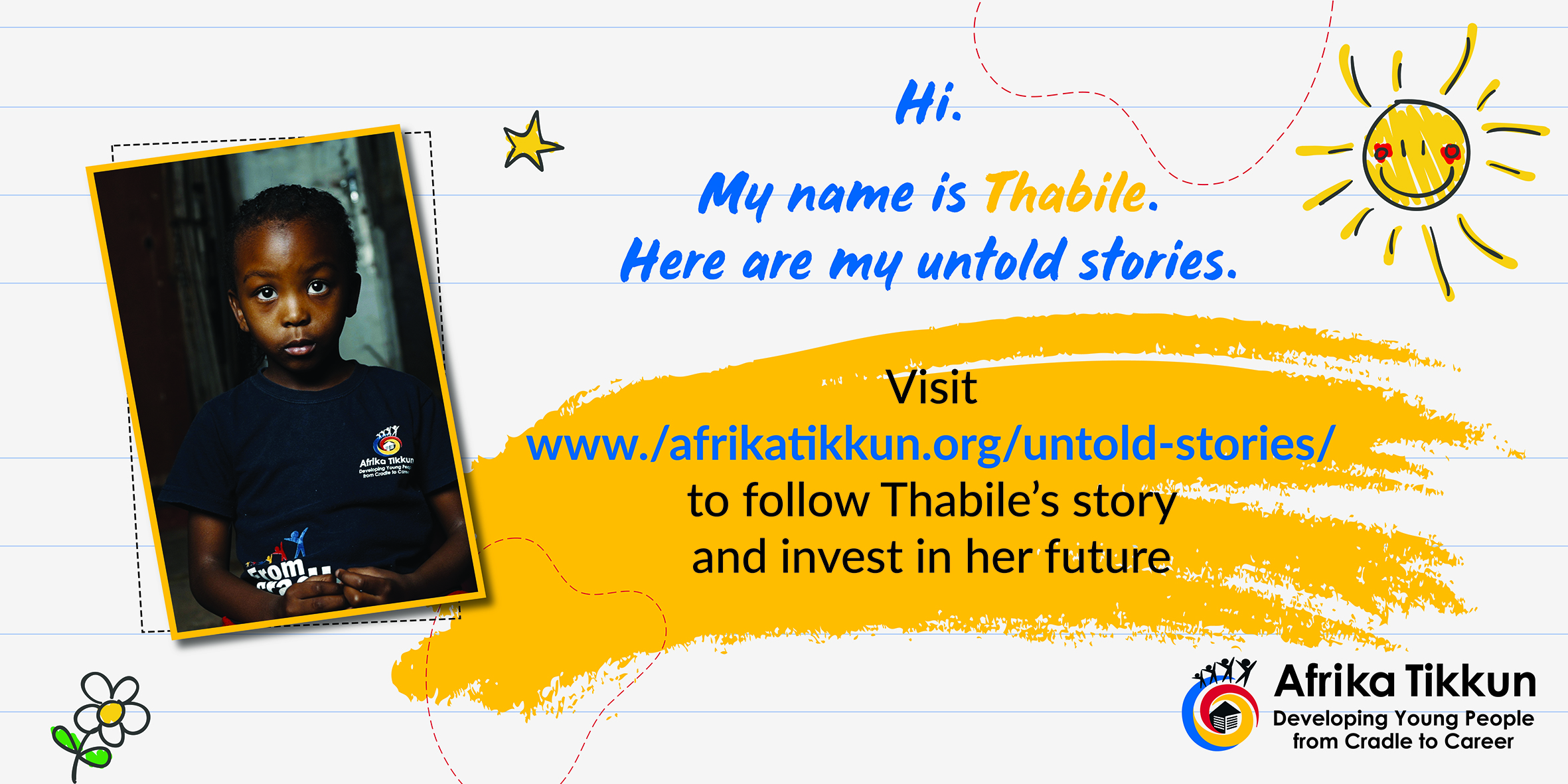